The Visual Culture of Politics in Britain

James will focus how Britons understood ‘public opinion’ prior to the rise of polling. The talk will examine how posters, banners, films and photographs inform us about the visual culture of British politics in the late 19th and early 20th centuries. A period in which major issues, including those of a social, imperial, nationalist, trading and military nature, and many others, were reflected vividly in various visual forms. 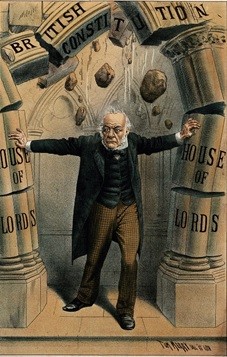